I recently had the pleasure of shooting a spring wedding at Crathorne Hall in North Yorkshire on a fantastic spring day. The bride and groom had travelled back home from where they work in Hong Kong to tie the knot at St Mary Magdalene Church in Yarm and followed by an extremely elegant wedding reception at Crathorne Hall.

Who would have thought that the overcast evening before at the wedding rehearsal the next day would be so bright and cloudless? It was nice to see the rector, Simon Gurd at the church having a giggle with Alex and Jo as he went through the wedding service rehearsal. I know in my job as a wedding photographer how important it is to put your clients at ease. It not only makes the whole process easier but more enjoyable for everyone. 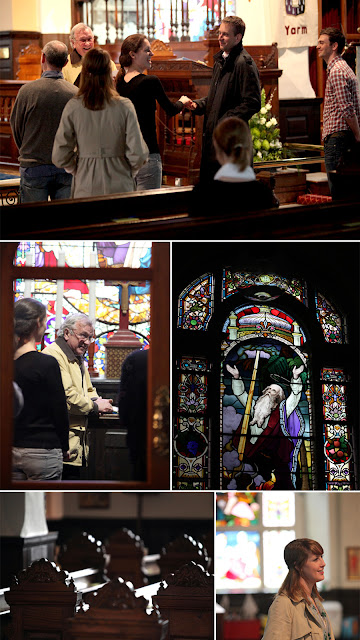 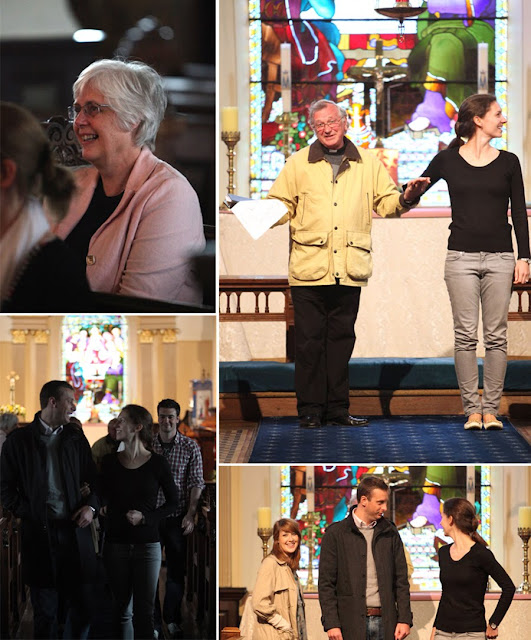 This pretty little Yarm church is a picturesque mid-size wedding venue that doesn’t feel to empty when half full of guests. The first church to stand on this site was Saxon and would have been built of wood. So in the last 1000-odd years it must have seen many changes. It’s believed that the fist stone church on this site was built under the rule of William the Conqueror around 1150AD. The building must have gone through many changes over the years and inevitably grew in size. The addition of the tower was believed to have happened in the 1500’s and this remains unaltered from that date. The present building is the result of a Georgian re-vamps in 1730 following a huge fire that gutted the church. The interior now has a feel of modest splendour and features stained glass windows of breath-taking beauty and detail. The large Moses window is the oldest and best of the glass in the church. It was executed by famous glass artist William Peckitt (1731 – 14 October 1795). 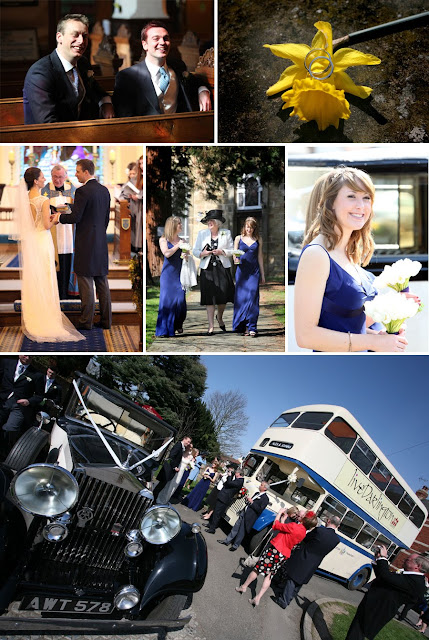 The present pews, pulpit, clerk’s desk and choir stalls date from 1878 and are in the Renaissance style. The High Altar was made out of pews removed from the South aisle in 1940. The Sanctuary Altar rails are the work of the noted Yorkshire craftsman Robert Thompson – the Mouseman of Kilburn – and were given in 1948 in memory of Mary Clapham and her son John Geoffrey who was killed in the Second World War. The dedication and the identifying mouse, is carved on the Sanctuary side of the rails. The Font is an octagonal bowl of Tees marble with incurved sides on each of which is a blank shield. It is thought to have been fashioned in the 15th century.
The weather was warm and still as the guests arrived on the vintage bus which is always good news for a wedding photographer. The service went without a hitch and it was clear to see how much Alex and Jo were enjoying it. If they were at all nervous you couldn’t tell in a while they were leaving the church and stepping out into the sunshine with big smiles on their faces. 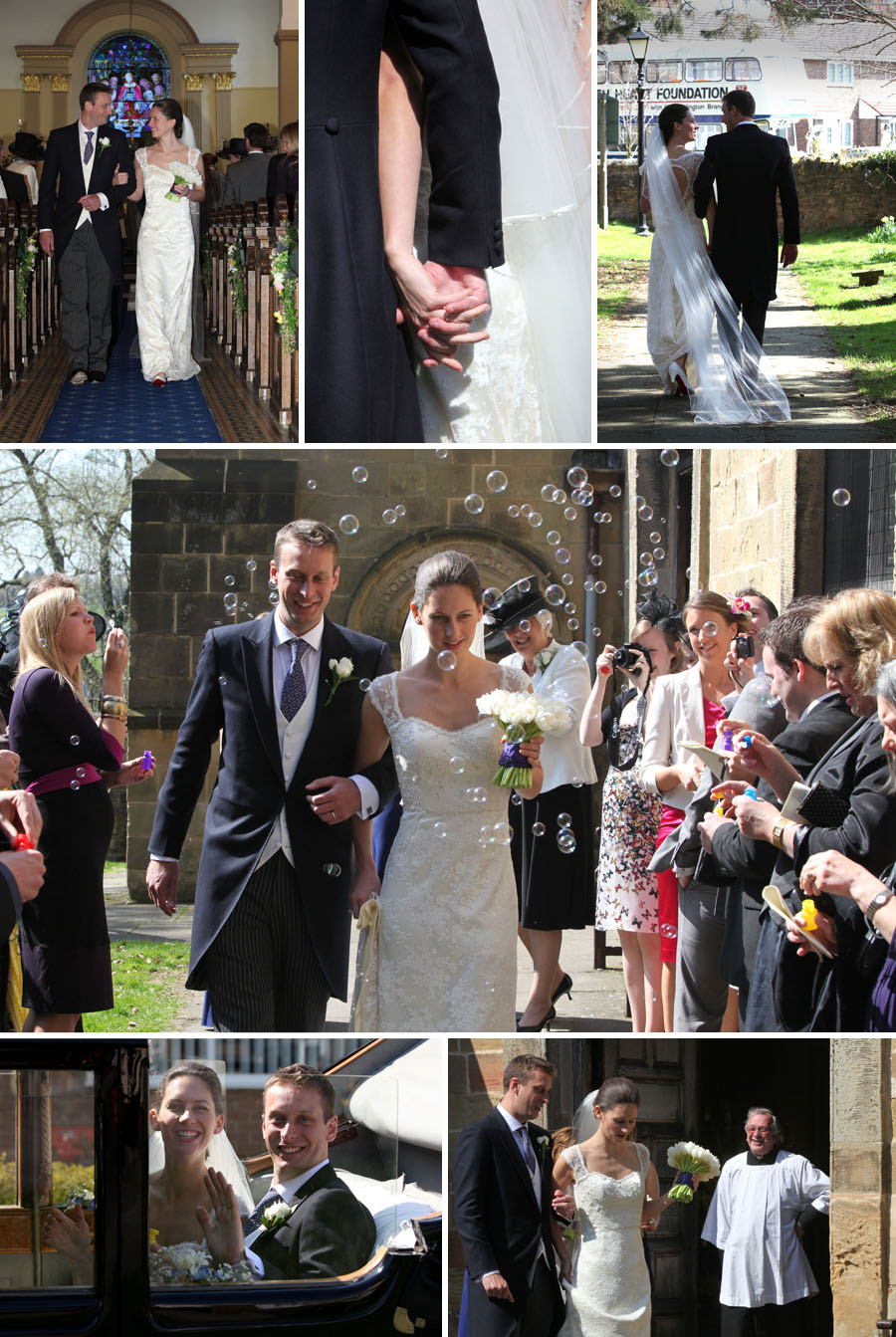 So from Yarm we took a 10minutes trip to Crathorne Hall. Crathorne Hall is one of those stately homes that look far older than it actually is. It does have a Brideshead Revisited feel to it despite only being built in 1906. The first owner James Lionel Dugdale (1862 - 1941) laid the foundation stone of Crathorne Hall in December 1903 building work being completed three years later. It was the largest Country house built during the reign of Edward VII and was constructed from stone quarried from near Whitby. The Hall remained the central focus of a large estate until it was sold to become a hotel in 1977 remaining one of the most picturesque and luxuriant establishments in the North of England. 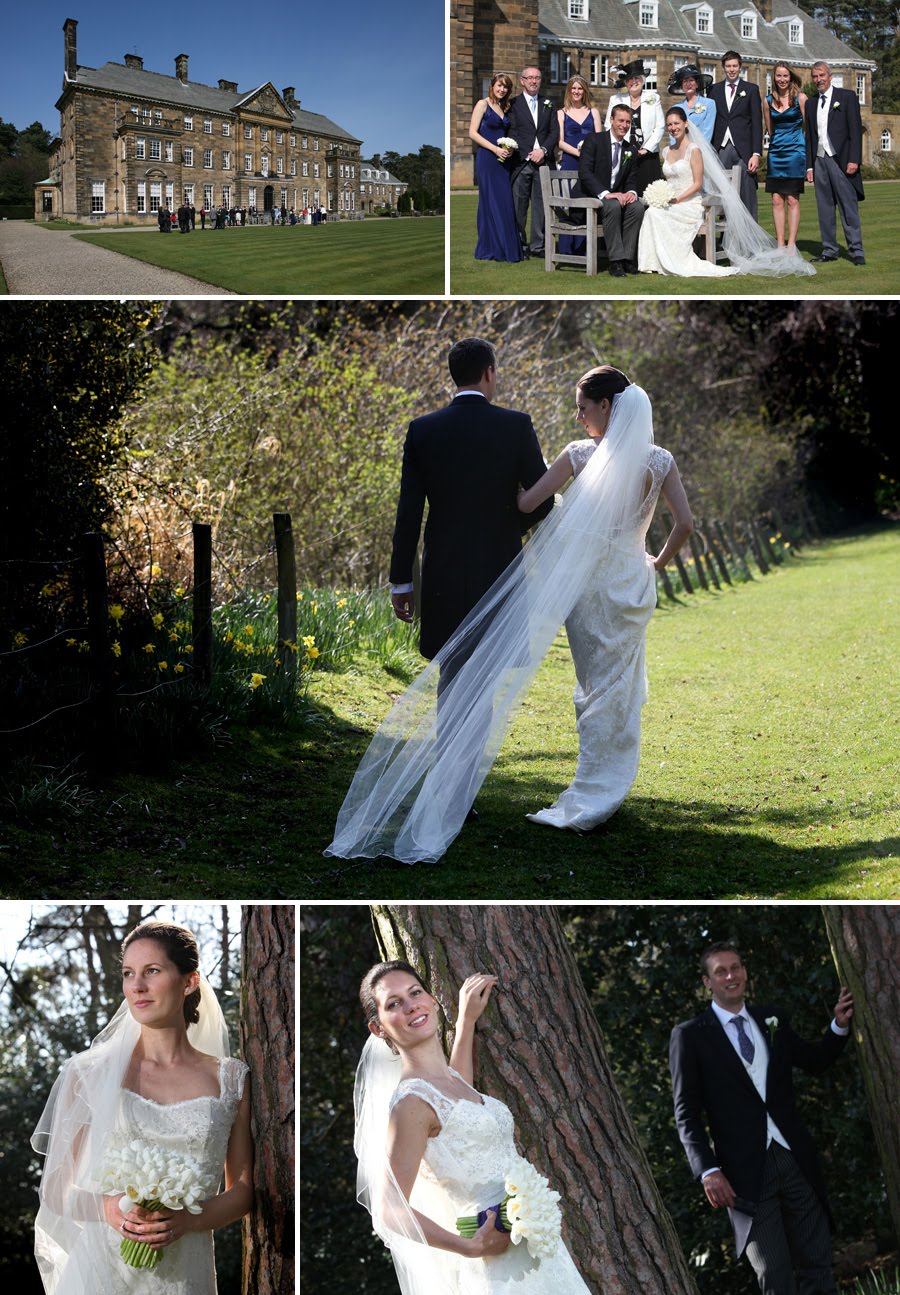 The reception was also blessed by the weather so guests could enjoy the sunshine outside in the Palladian splendour while I stole the bride and groom for a quick 20m minutes photo session. Most newlyweds enjoy this bit of the day as it’s often first time they get to spend some time together on the busy wedding day. After moving inside for the wedding breakfast I left the party in peace for an hour and took a breather myself. (Who wants pictures of themselves eating?
) 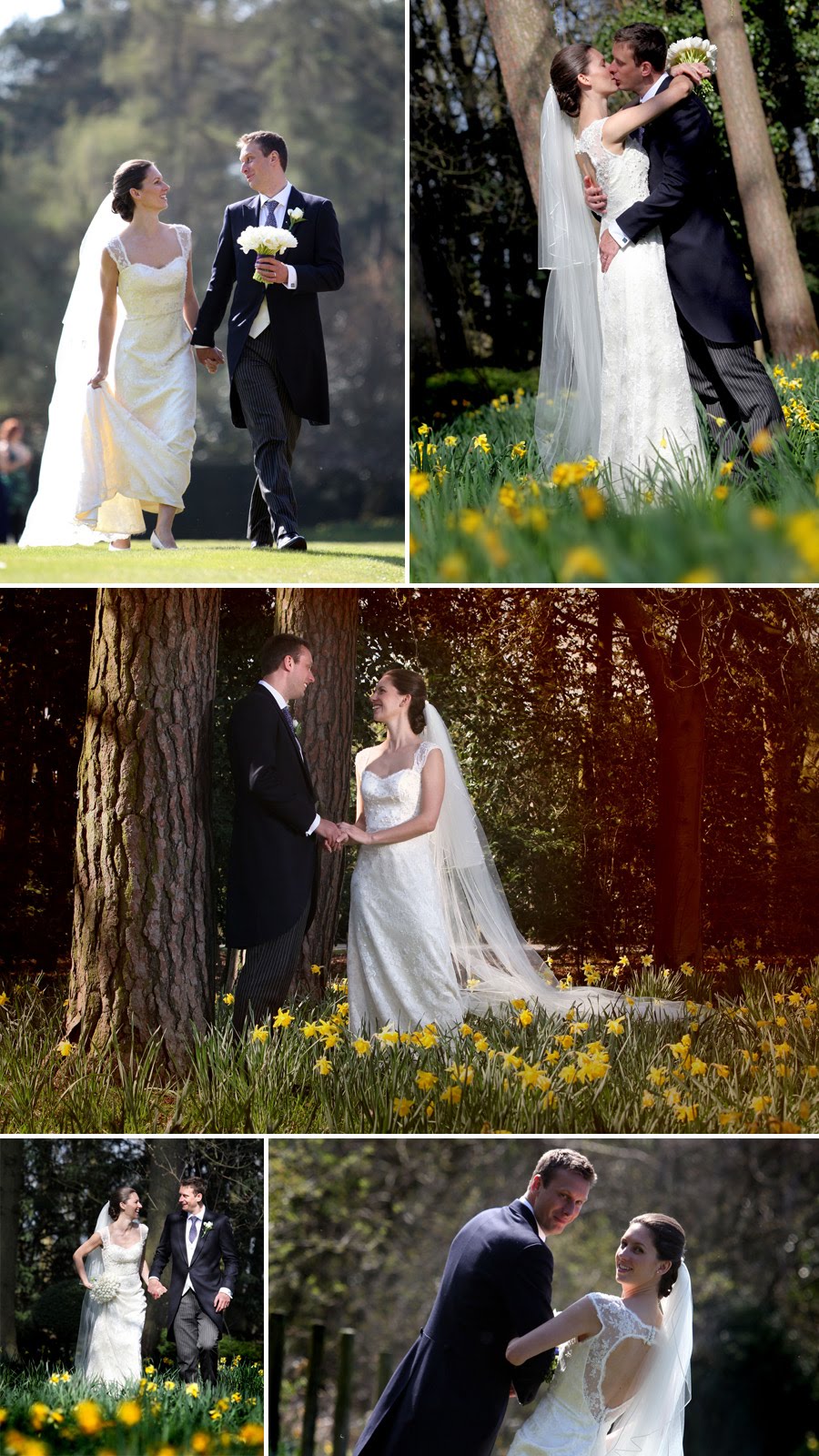 This gave me chance to nip home and run off a quick print for the bride and groom so at least they have a photograph of their wedding by the end of this. This is not always possible (particularly when shooting a wedding in New Zealand, as I’m doing later in the year!) but thought it would be a nice gesture…they loved it! 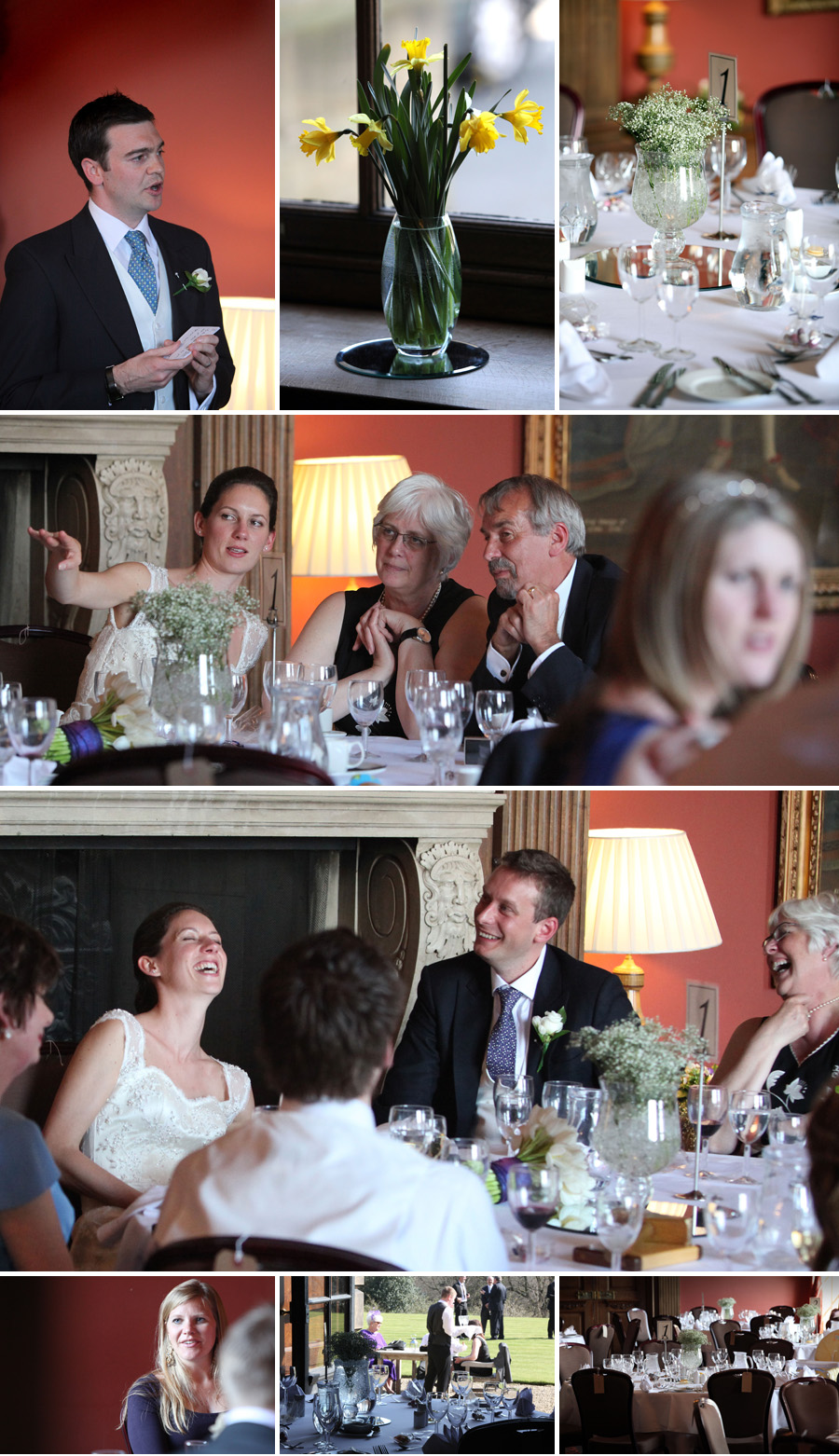 I took further candid pictures at the speeches capturing all those funny and sweet little moments. My final duty for the evening was photographing the first dance. When I finally know I had all the shots I needed in the bag I said my goodbyes to the bride and groom who had been so easy to work with and most entertaining. As with all my weddings the bride and groom start of as clients and end up as friends. Congratulations and Good Luck Alex and Jo.

Comments from the couple themselves;
'We just wanted to drop you a quick email to say thanks for last Friday, we had such an amazing time and we have received may compliments from guests about what a nice bloke the photographer was!!'

'Just to let you know that the CD's have arrived safe and well in Hong Kong and the photos are absolutely brilliant. Thank you for doing such a great job. ' 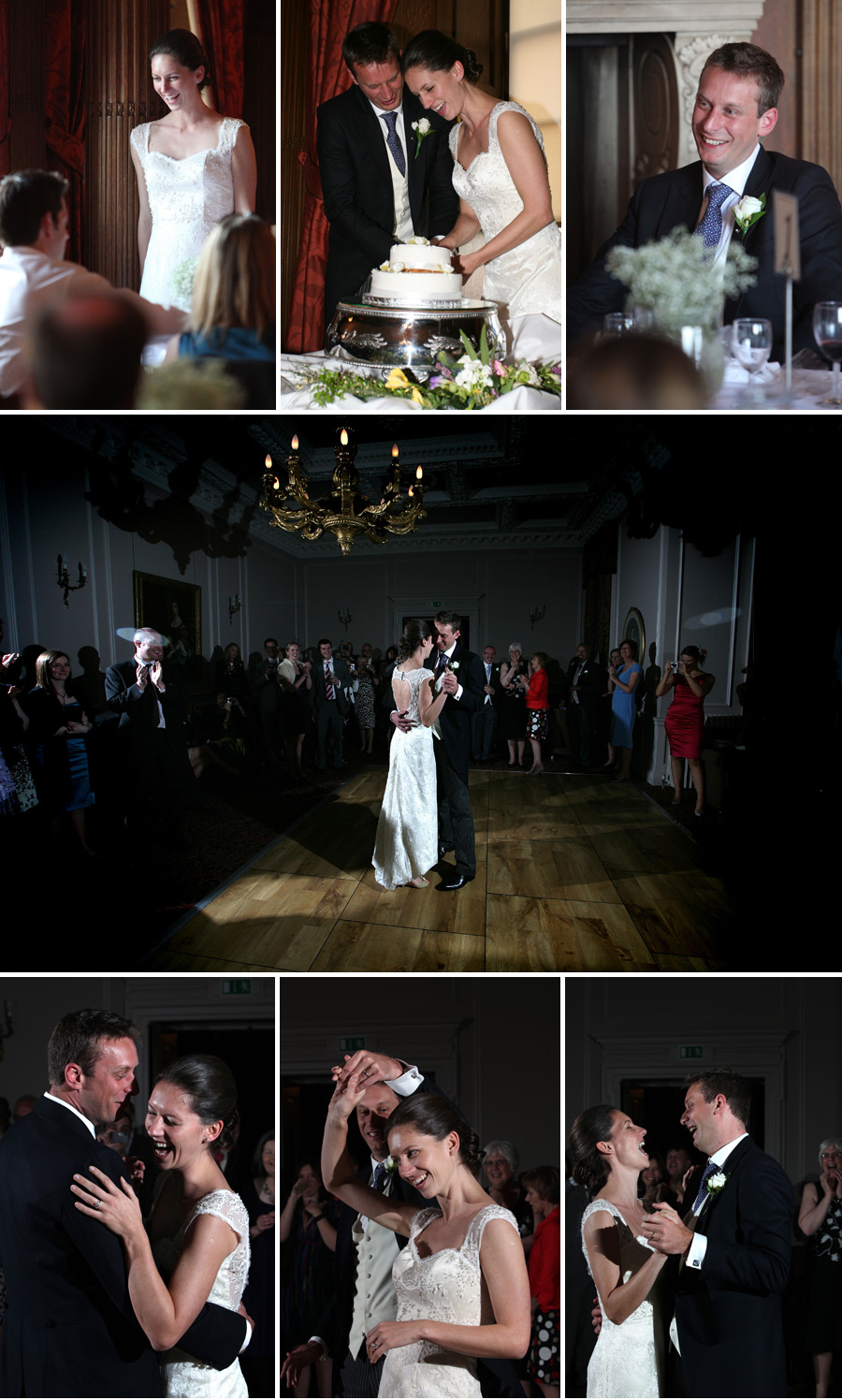 Thanks for visiting.
Check Out: http://www.djpweddingphotography.com/
Posted by Unknown at 03:32